Do Our Pets Cross Over? 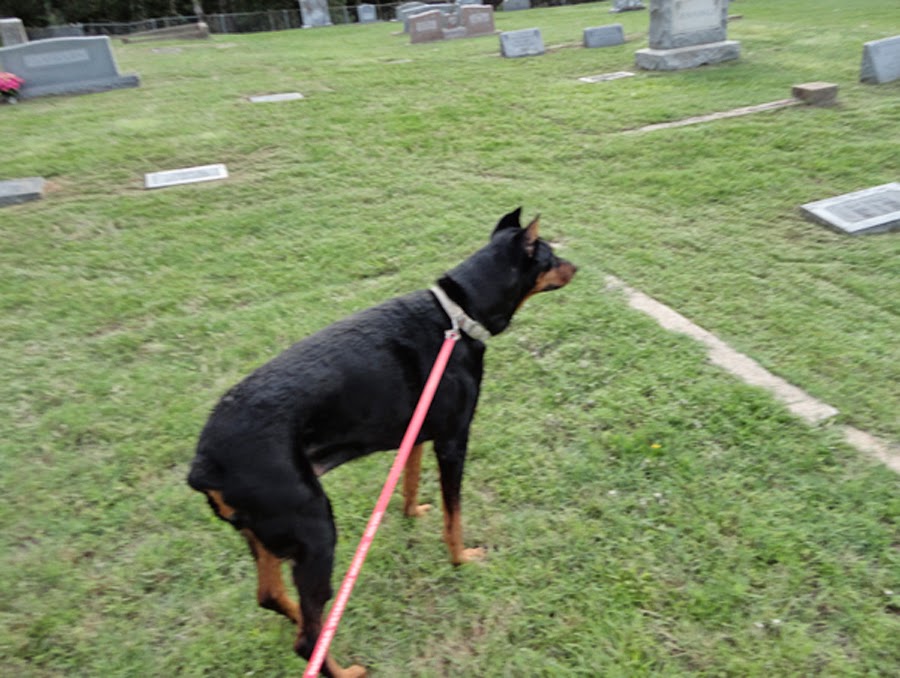 Bonnie Ghost Hunting with Me


One thing is hard to write about, but it well deserves to be memorialized in my life. We found out in December that our beloved Doberman, Bonnie, had a tumor on her lungs. Since she was over thirteen years old, the vet recommended we take her home and keep her comfortable. He said the treatment would perhaps give her five months, but they would be miserable as far as quality of life went. So we brought her home.
It was hard, watching her decline. I still believe we made the right decision in keeping her with us as long as we could. However, it was partly due to the fact that neither hub nor I could face having her "put down." We had done that earlier in the year with our dog, Rex, and it was a horrible experience. We'd also lost one of our long-time cats this past year. With her, again, I kept her with me and nursed her. Given the choice, I prefer keeping my pets with us and caring for them, unless they are clearly in distress. Bonnie was on pain medication, so I hope she wasn't hurting.
Do I believe she crossed over? Emphatically yes. And I feel I have proof.
One day I was in the dining room and my grandson, Brandon, came by to "see" me. We lost Brandon a little over five years ago, when he was only twenty. He was a bright star in our family, and I wasn't at all surprised to find him coming back to visit us often. Our Bonnie grew up with Brandon and his brother, Ransom, and there's one story Ransom still likes to tell. It happened down at the deer lease.
Brandon and Ransom had spent a good two hours raking up leaves, so they could dive into them and play. They were just about ready to put up their rakes and start having fun when Bonnie trotted over. Before they could stop her, she squatted and peed in the leaves.
"Ewwwww," both my grandsons said. But they love animals, and they didn't yell at her. Well, not too much. They were laughing too hard. Needless to say, they didn't play in the leaves. If nothing else, it gave them both a story they enjoyed telling over and over again.
Anyway, I knew immediately why Brandon had stopped by. He even said, "I'll be there for Bonnie when she crosses over to be with me, Memaw."
"Thank you," I told him, and got a hug.
The day we lost Bonnie, I was in the bedroom where Bonnie was lying in her nice bed we made her. Suddenly, she perked up and looked past me, her ears on alert as they are when she sees something she likes. I mentioned to hub that it looked like maybe she was rallying somewhat. I petted Bonnie, then left.
When I came back a while later, she was gone. Now I understand why she had looked up. Just as he promised, Brandon was there to be with her.
I so do hate death. It does help a little bit to know that it's not final. Not a lot, but a little bit. The night Bonnie went with Brandon, I "saw" the two of them running and playing in a meadow. It gave me a really warm feeling through the grief.
This is Bonnie during her first year with us. 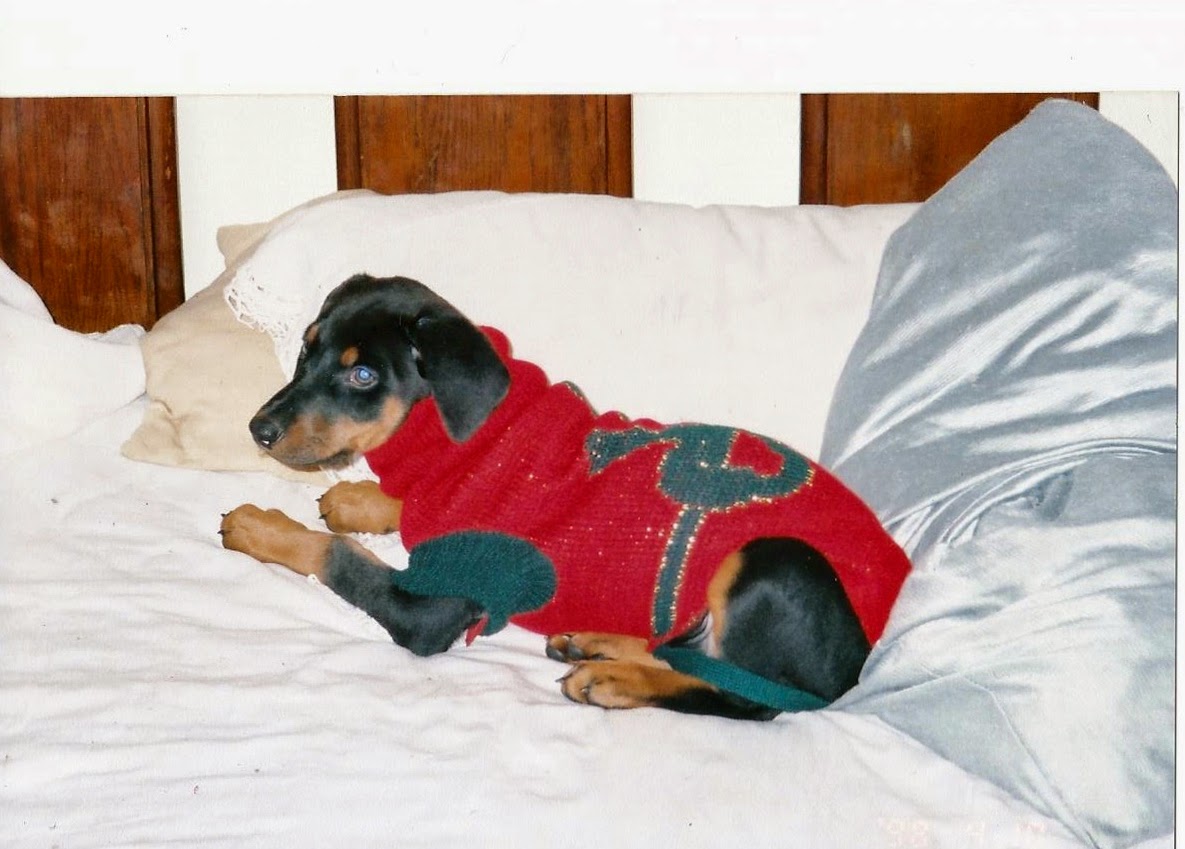 Bonnie in her Christmas Sweater
~~~~
I have a lot on the agenda this year, but I've also made only one resolution: to not get stressed when things don't move along as fast as I want them to go. I need to stay busy, because that's the type of person I am. It's very fortunate for me that I have found a niche in my life where I enjoy the work I do, especially the writing. However, I've decided not to push myself as much as I did this past year; otherwise, I risk burning out and losing my enjoyment. That happened to me a few years ago, and it's not a good feeling.
One thing you will notice if you follow my blogs is there will only be one every two weeks, rather than every week, as there has been since I started my I See Dead Folks blog. Unless, of course, something happens that I just can't wait to tell y'all. I do enjoy writing the weekly blogs, but once in a while it takes time I should be using on other projects, like a new book.
This year I will definitely finish Silent Prey, which is Keoman's story. He was an important character in my suspense, Winter Prey, and he well deserves his own book. Winter Prey is coming out of the KU program, so I'll be re-publishing it at the other venues, including Nook, Apple, Smashwords, etc. I'll also get this one in print, and eventually, audio. That's first on the agenda as far as a new book goes. Poor Silent Prey has been languishing only one-third written for a couple years now, far too long.
I'll be putting the 2014 blogs up into their own book, which will, of course, be called Living With Dead Folks, Volume Three. This isn't something that will take a lot of time, and I do like getting the blogs into one place for myself and my readers. I've started adding photos in the blogs, so I'm hoping my readers enjoy that, also.
The other definite on my agenda is another Dead Man Mystery. I know where I'm going to set it this time, but y'all will just have to wait. I could change my mind during the time it takes to finish Silent Prey and get started on the new mystery.
I didn't get a Christmas story up this year. Now you know what part of the problem was. In addition to all the holiday hectic-ness, we were nursing Bonnie and keeping her comfortable. But I will do a Halloween story in 2015, and if time, a Christmas one.
I hope all of y'all's 2015's are starting out better than mine. I’m sending out strong thoughts to the Universe to please make this one of those years everyone looks back on with smiles and warm hearts.
Boo!
T. M.