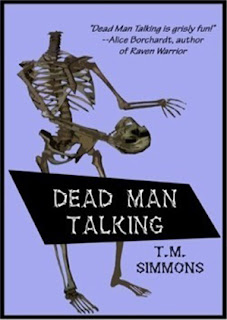 My Dead Man books are pretty special to me. Alice and Twila are fictional heroines based on Aunt Belle and me, and the books are set at some of the places we have actually visited. Hope you enjoy!
Boo!
T. M.