Once in a while I veer off my usual ghost story in here. This week is one of those times, and the subject matter is something I usually only deal with in my actual diary volumes. However, it's on my mind today, which may mean my guides are pushing me to reach out.
Friday night I was on Brett Watson's Beyond Paranormal radio show. Brett's a demonologist and lives in Australia. Also on the show was a co-host of his, Jill Wilder, who lives in Louisiana and is part of a paranormal team, Louisiana Paranormal Investigators. Wow, the wonders of modern technology!
Jill and I had a really good time chatting, and I guess we sort of took things away from Brett. Looking back, I think that was the way it was meant to go, because when Brett did take over again, he had some serious stuff to talk about. Sometimes it's easier to get into the serious and dangerous end of what we do if we are armed with fun first.
I call them the "nasties," or negative entities. They're demons, of course, and yes, they are real. Despite all the public brouhaha these days about demons, they are fairly rare in the paranormal world. Thankfully rare. Brett asked me if I'd run across any in my years of investigating, and I told him I thought I had at least once, probably twice.
At the time, I didn't realize what I was getting into when I would encounter a demon. On one occasion, we could actually see this thing as a black mass in a building on my friend's property, where it had been doing horrible things to his animals. We confronted it and did banish it back to wherever these things go. It may have tried to return once, but we went back and did another ritual. After that, the farm appeared to be demon-free. It takes so little time to tell you this, but it took weeks for us to realize what we were up against, prepare, do the first banishment ritual, the second, then eventually feel the thing was truly gone.
I mentioned to Brett that this was what actually sent me out looking for information on these negative entities, or demons. Turned out that what I found scared the living crap out of me. I realized how foolish I'd been confronting this thing, and how lucky I was that we came out of it unharmed. I truly believe it was my deep faith in my abilities and the protection I receive from my guides and angels that brought me through that situation safely.
The main reason for any paranormal investigator to learn about demons (and even the more vicious devils) is to protect themselves and their team members from harm. I'd venture to say that ninety-nine thousand, nine hubdred and ninety-nine times out of one hundred thousand, when a homeowner tells you he/she is sure there is a demon in their house, it's only a nasty ghost. In my paranormal life, I've had thousands of interactions with the supernatural, and I only feel that two of those were with something I could label a demon. One was at the farm I talked about above; the other was something Aunt Belle's daughters got involved in. And no, I did not investigate the place where her daughters were attacked. I had no desire to even get close to the property that thing called its own.
He asked me if I'd ever brought something home with me from an investigation, and I admitted that I had, at least once. My team religiously practices protection rituals, especially when we leave a site. However, they don't always work. Sometimes what we run into is stronger than the ritual we use. There's no way to tell that we've encountered something like that until too late. Then all we can do is cleanse over and over until we get rid of it.
Brett approved of what I told him. He did say that he hoped some others were brave enough to get involved in his end of the paranormal world and become demonologists. I would think it is a somewhat lonely area of the supernatural, and I totally admire those who confront these nasty entities and overcome them. One thing I always keep in mind is something I learned from one of the classes I took or the reading I've done, I've forgotten which, although I'm leaning towards it being from a class I took from Dave Juliano. It's….
You can't banish a demon back to Hell. They've already escaped from there once, and they're not going back.
There are ways to recognize whether or not you are getting yourself into a situation that you should run away from fast. There's no disgrace in retreat; there's only self preservation. I'd advise anyone even contemplating heading into a haunted place to learn the signs. It takes much more study and research than I have time to pass on to you in my blog. I've studied and researched for years. Besides that, and what Brett also mentioned, is that we never know it all. Each investigation, each confrontation, is different. Each one has to be handled individually.
Remember, the things we deal with out there are real, and sometimes dangerous. Extremely dangerous. It pays to arm yourself with knowledge about them, and also learn ways to protect yourself. Then hope like hell you are truly prepared.
Brett's show is archived, and here's the url if you'd like to listen to it at your leisure. I come on about an hour and fifteen minutes into the show, and am there for nearly the next hour and forty-five minutes. He has some really good guests on, and the show airs weekly.

~~~~
Not a whole lot of writing to report this week, but of course, some. This weather has been so beautiful, it's hard to jail myself in my office. Dead Man Ohio, though, is moving right along.
We're also progressing with the plans for Aunt Belle's Birthday Bash at the Beckham Hotel in Mineola, Texas, on June 21. I sent invitations out to a lot of folks, and lots are already replying. Good deal! If you didn't hear from me via Facebook, please do know you're all welcome. Just holler at me at my email address and I'll add you to the numbers. ghostie@swbell.net. 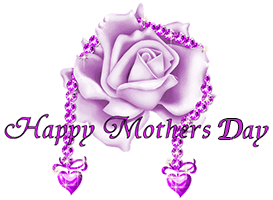 Hope to see y'all next month in Mineola. Until then, study and learn and stay safe!
Boo!
T. M.