It was a long two months! Aunt Belle didn't get up to see me last month, but she came in this month (June) the day before her birthday, in time for Aunt Belle's Birthday Bash at Taste Buds in Mineola. The restaurant has moved down the street and around the corner, right beside our favorite hotel, the Beckham Hotel. And yes, the ghosts here at my house were ready for her.
I'd been waiting to see if she would identify the new guy I'd been seeing for the last two or three weeks, Andy. I saw him the very first time as a full-bodied apparition standing in the door to my pantry/laundry room one day. This was in the latter half of May. But it wasn't until late in the day of her arrival before Aunt Belle saw him.
First, we had a visit from Maria, the woman who showed up here at my house a few months ago looking for Thomas, a ghost who followed me home from the Beckham. I was standing in the living room talking to Aunt Belle, who was relaxing in one of the lounge chairs. I felt some paranormal energy behind me, but I was already turning to go back into the kitchen. Therefore, I walked right through it. I halted and turned back to Aunt Belle, who was laughing at me.
"Who was that?" I asked.
"Maria," she said. "You know, the woman who was here looking for her husband. What was his name?"
"Thomas," I said, and she nodded agreement.
I shook my head and started walking out of the room, then still felt something behind me. Aunt Belle was laughing again. "She's following you," she said. "Right behind you."
"I can feel her," I replied. "Well, come on in the kitchen and help me cook supper, Maria."
Later that evening, Aunt Belle and I were both in the kitchen. "Have you seen him yet?" I asked, since she would know I meant the new ghost.
She frowned, and about that time, I felt paranormal energy start to crawl over me. "I might have," she began, and I interrupted with, "He's here right now."
Her eyes widened, and this time I was able to laugh. "I feel him," she admitted. "He came from you over to me."
"He's still here, too," I said. "I told you he was a strong ghost."
"I'm getting the name Paul," Aunt Belle said.
"He told me his name was Andy," I told her. We both agreed maybe he was an Anthony Paul. Then Aunt Belle went on to describe him, saying she thought he was in his mid-twenties. I'd gotten the impression Andy was a teenager, but she has stronger abilities than I do.
"He was killed in an accident, not far from your house," she went on. Then she halted as though pondering something.
"What is it?" I asked.
"It still amazes me," she said. "That one of us can feel something, then the other one gets the same feeling and sometimes hears the same thing. I hope we never lose that awe."
"Me, too," I agreed.
~~~~ 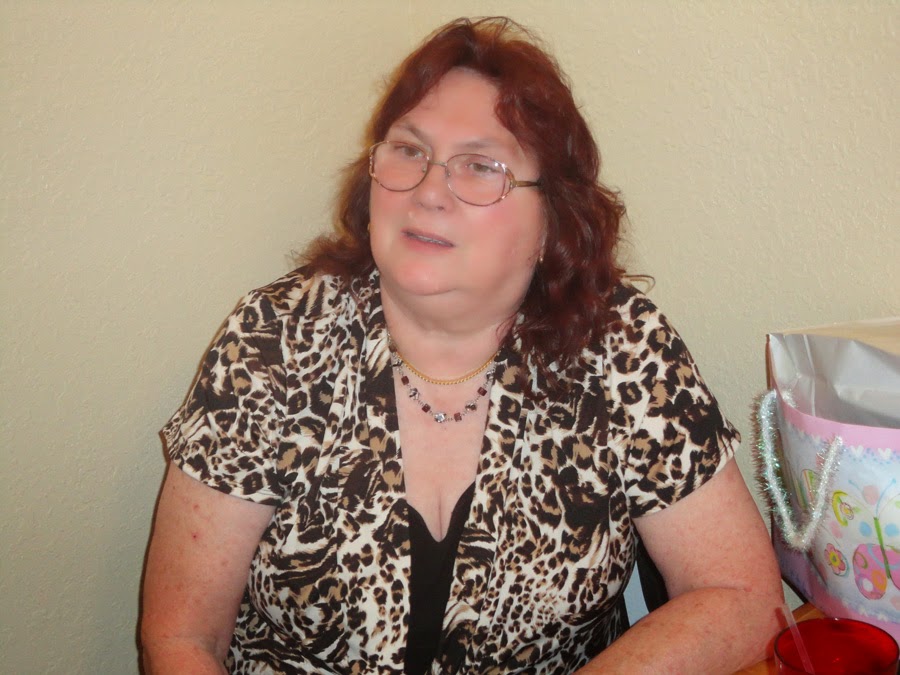 We spent yesterday (Saturday) in Mineola celebrating with Aunt Belle at the Birthday Bash. A lot of friends showed up and we made some new friends, people who were following mine and Aunt Belle's adventures on Facebook and in my books. We had a gorgeous and pertinent cake made and decorated by Ashley Faulk, James Faulk's wife. I met James through Lonestar Paranormal here in Terrell. 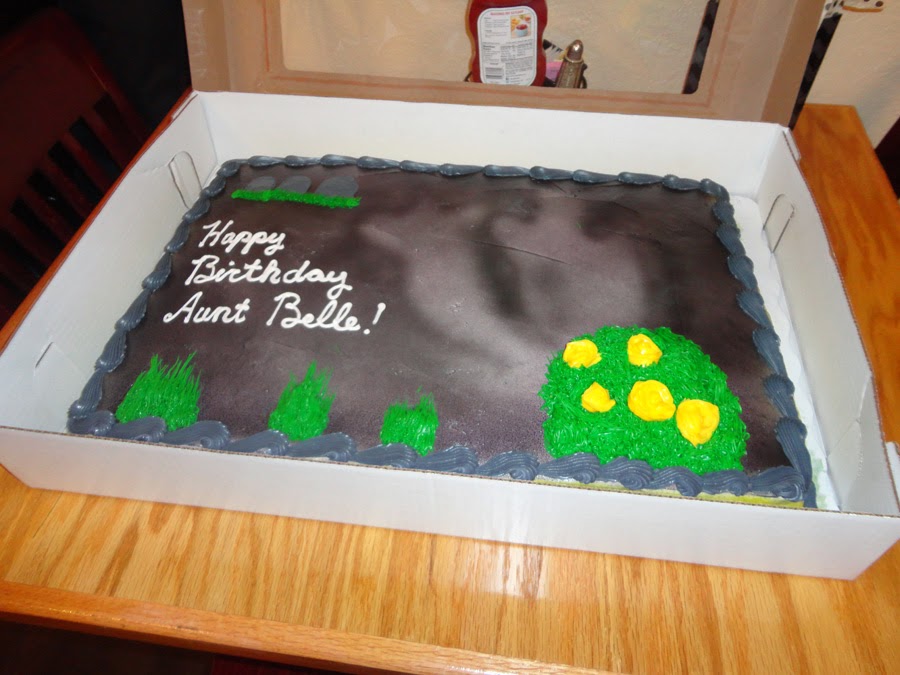 Floyd and Sarah Brigdon, from their band, Triskelion and also members of SRT, sang us some cool Celtic music. They had also set a ghost story to words, and that was special for Aunt Belle and me. 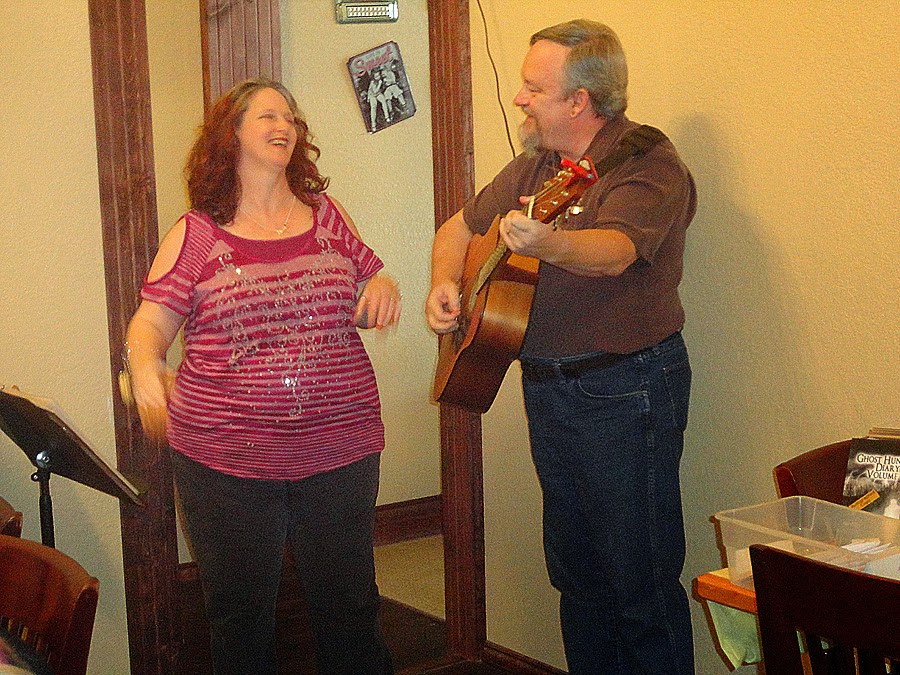 SRT's equipment tech, Timmy Smith, was there to record the party for Aunt Belle. I already prepared a DVD for her of this important day.
We also confirmed that the Taste Buds ghosts had made the trip to their new home next to the Beckham. I'll tell you about some of their interactions with us next week. Aunt Belle also "met" another ghost there, a man, but we'll have to go back for her to make better contact and identify this one.
I'll upload some more pictures to Facebook later. In the meantime, I might get a few more pages of Dead Man Ohio done today, since Aunt Belle is already on her way home <sniff, sniff>. She'll be back in mid-July, though!
Stay safe, and ….
Boo!
T. M.