Each year, I understand that the Veil thins during October, making communication between the dimensions much easier. Each year, some of the incidents surprise me. This year has been no exception, in amongst the busy work of trying to finalize little picky things for the Beckham Spirit Fest.
In that vein, Angela and I went out to Mineola on Friday, Oct. 3 and experienced a lot of activity. We felt several of the ghosts and spirits when we first entered the lobby. One of the strongest incidents, however, was when we started to go into Taste Budz next door to have lunch. Over in the corner of the lobby, near where one of the telephone booth again stands, there was a tall, misty shape.
I glanced at Angela. "Did you see him?"
"Yes," she replied, which I expected. She is extremely sensitive and she always seems to see whatever I do.
It possibly might have been the man who killed himself in the adjacent phone booth, the one that was burned after he died in it. This is a picture of the bloodstain on the lobby floor, beside where the phone booth now stands again. 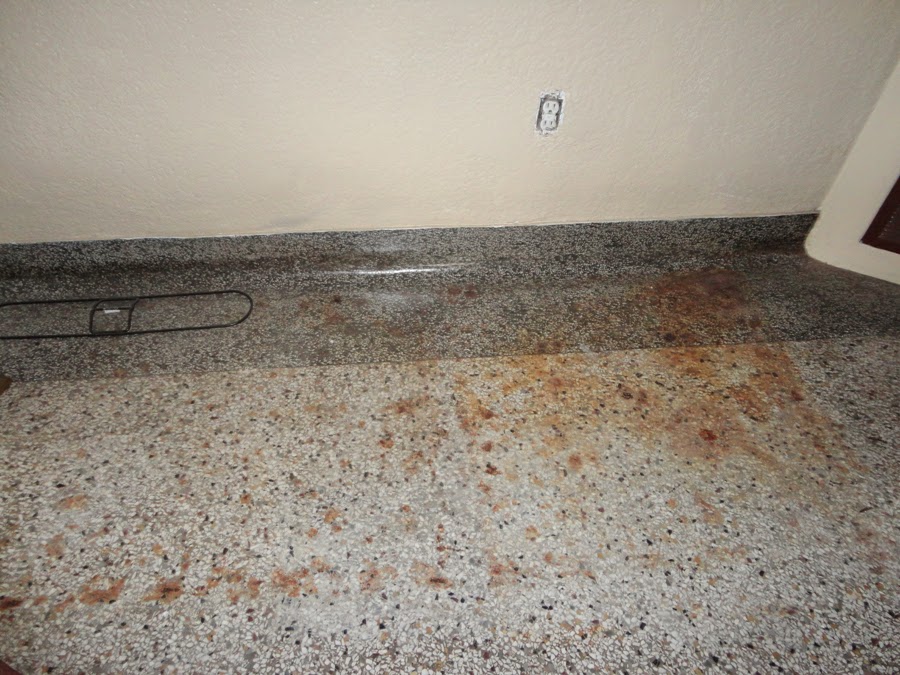 He also may be the same person as the disgruntled ghost on the second floor, which could be confirmed from what happened next. We went into the restaurant and ordered, then Connie came to join us and ask if we would come back on Wed., October 10, when Joan Hallmark from KLTV in Tyler wanted to do an interview at the hotel. Just after we got that set up, Darlena, the owner of Taste Budz, came over and knelt by our table.
"Connie," Darlena said, "are the men working upstairs right over our restaurant?" When Connie indicated she didn't think they were, Darlena went on, "There was a horrible smell here a minute ago. At first, it smelled like someone had opened a can of fish. Then it smelled burned. It was really strong and some of the customers noticed it."
Connie left to check with the workers, returning shortly to say, "No one is working in that area of the hotel."
Angela and I continued to eat, but both of us started catching that smell, but not as strong as Darlena had seemed to indicate. Then I recalled seeing the misty shape by the phone booth and explained to them what Angela and I had seen.
"I'm getting the name Herman," I said, "and I think he's also the disgruntled ghost on the second floor. As soon as we're done eating, we'll go up there and I'll cross him over."
Which we did, and when we went to the hotel on Wednesday, the report was: no more smells! However, we did have another incident that day during the TV interview. These are pictures take during the interview. 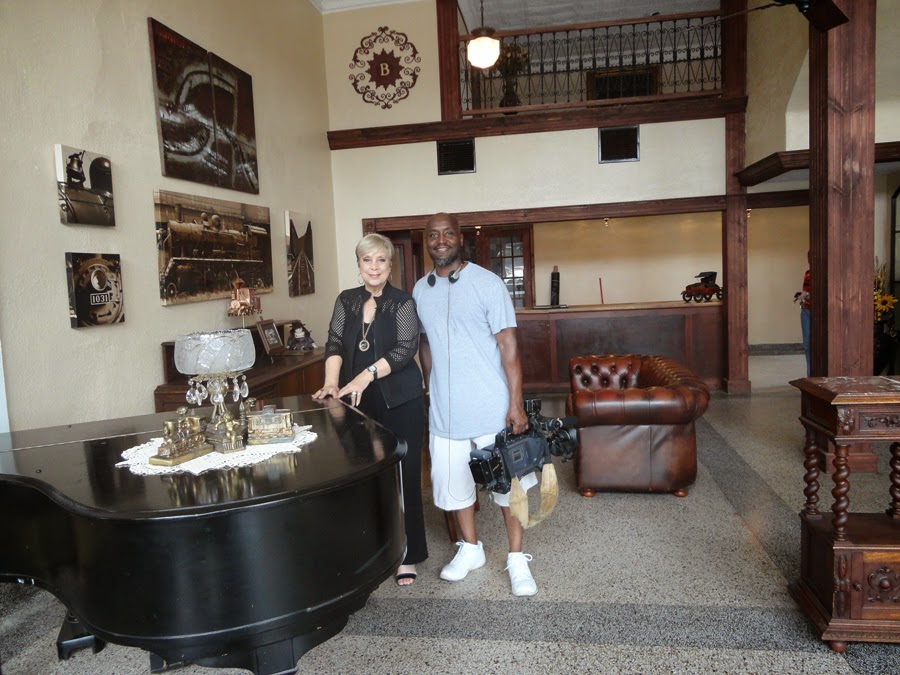 Joan Hallmark and her cameraman, Ken
You can see the top of the phone booth between their heads. 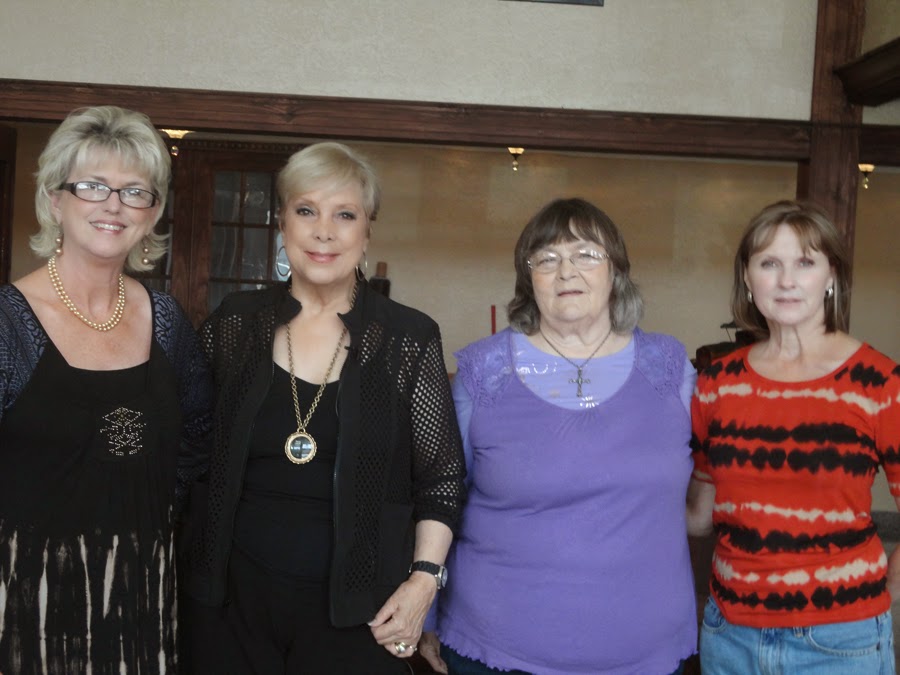 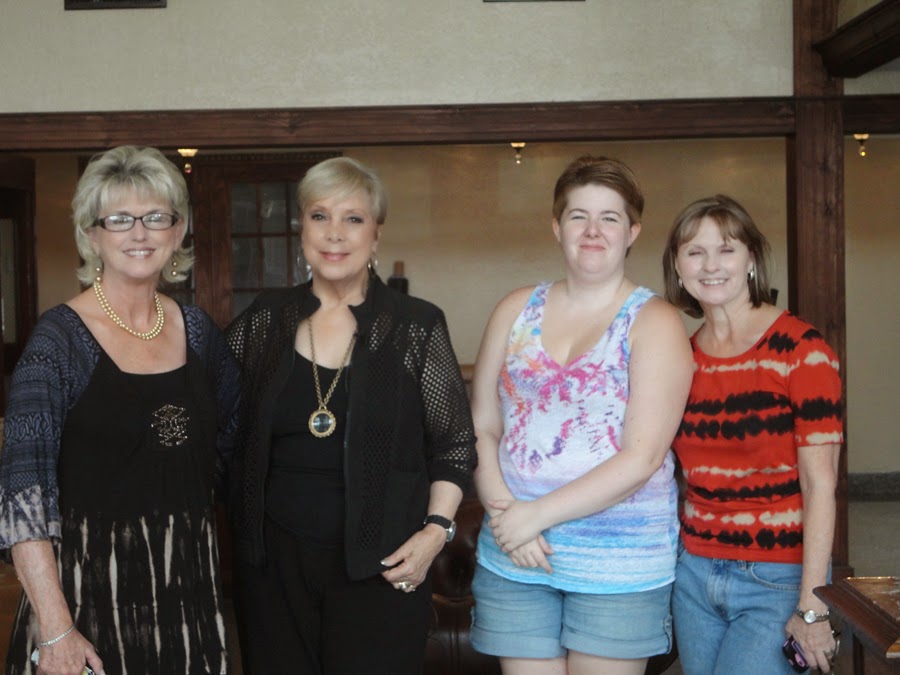 Joan Hallmark went up to the second floor to do the part of her interview with Becky Penrod, who owned the Beckham for a while. Angela and I was trying to stay out of the way and listen when Connie beckoned us to come into another of the room. There were two of the glass top tables from the Ballroom in there. In one of them, a word was written.
"I was up here yesterday and there was nothing written on that table," Connie said. "And no one has been in this end of the building since then. Also, my workers are all Hispanic, and we've had them with us for a dozen years or more. None of them can write in English."
The word on the table was: Chris, written in cursive letters, although the letters were each separated. This is a photo of what we found. 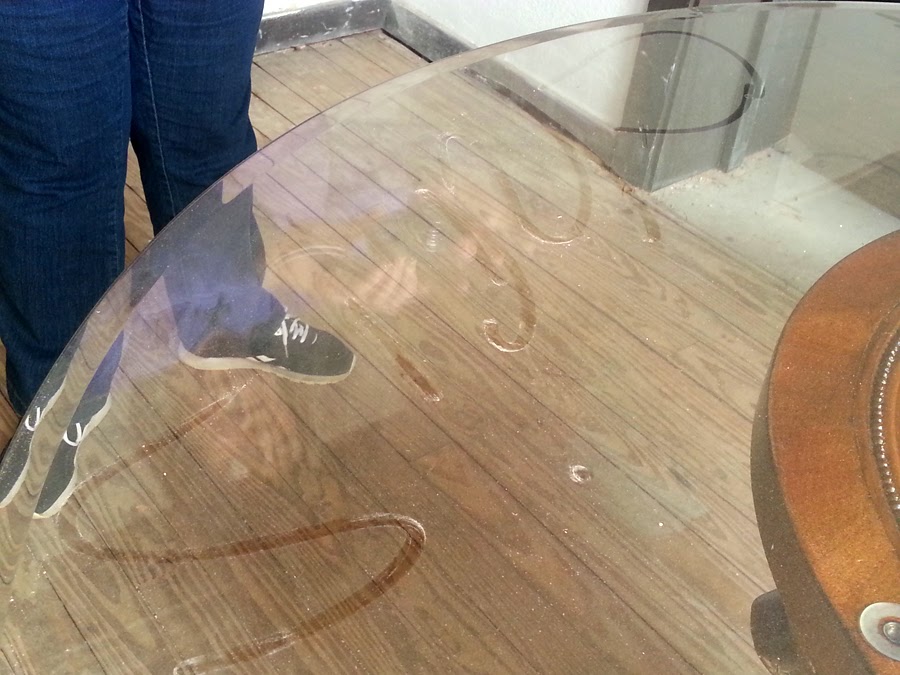 "C h r i s" written in dust
I contacted Chris Rhodes, whose grandfather managed the Beckham for many years. Chris has some astounding experiences there, one of which left him pretty shaken, since he was only about six when it happened. I'm fairly certain this message was for that Chris, and he's asked us to look into it more when we return to the hotel the next time.
~~~~
Yes, it's been hectic, so I still don't have the ending on Deliver Us From Evil completed. I'm hoping to at least get it up before Halloween this year, but it might be tight. I'm trying, though. I don't want to miss this yearly tradition. Next year, things will be more organized for the Beckham Spirit Fest and my time schedule. I promise.
In the meantime, stay safe during this time of year!
Boo!
T. M.