Buy links for Silent Prey in the writing portion!! Finally!! 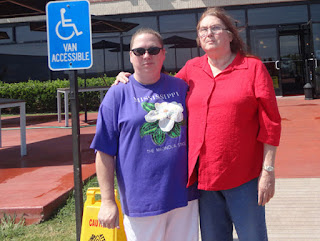 I missed several weeks, I know. I'll tell you why in the second part, where I report on my writing. But it seems I'm apologizing for missing weeks each time I'm able to post a blog these days. Just not enough hours in a day, or more accurately, enough hours that I have lots of energy! Getting older ain't for sissies. <sigh>
My house has been fairly active during the month of October, with the Veil thinning until Halloween. That's the month when ghosts can communicate more easily, even cause mischief, if they wish. Of course, mine are well aware of where the line is between teasing and irritation; what will draw a laugh and what will get them disciplined if they cross it. J
Howard is always active. Earlier this month, I was working in my office and he walked across the porch in front of my window several times. Once my little dog, Dancer, barked, which usually means there's someone at the front door and I haven't heard the doorbell. Since I'd just seen someone pass my window, I got up to check. Nope. I heard Howard chuckling. He loves to make me get up and look for him, especially since it verifies I've actually seen him.
He's also been pacing around at night, when I'm trying to read in bed. For some reason, he keeps walking back and forth across the doorway from my bedroom into a small hall just outside that door. When he does this, he blocks out the light for a split second, and it draws my attention from my Kindle. After he's interrupted my reading a few times, I usually turn my back and lie on the other side to read. Darn Howard. At night before I go to sleep is the only time I get to read these days.
I've had a lot of other incidents this month, but nothing out of the ordinary: hearing my name called and no one is here; feeling the paranormal energy, especially in the bedroom at night and in the kitchen; catching glimpses of "something." One thing out of the ordinary, though, is seeing full-bodied apparitions several times, again, in our bedroom. I've walked in there more than once and seen someone standing there or looked over my Kindle and seen someone who definitely wasn't Howard. They were such brief sightings, I couldn't tell much, except this one appears to be a man. Aunt Belle is coming in for a visit in a couple weeks, and we're taking off on a girls-only overnight. Maybe she can figure out who it is. In fact, she probably can.
I can also usually count on Aunt Belle for a blog subject, and she mentioned something late last month that I haven't had time to post. It was another tale about her daughter Sammi's ghost. That guy is the one I told y'all about a few blogs ago, who "lives" with Aunt Belle's daughter in the mobile home next door. It was also after Aunt Belle had told Sammi about Harold, the ghost she encountered when she went over to feed Sammi's animals.
"Sammi's ghost scared her the other day," Aunt Belle said to me in our phone conversation.
"Tell! Tell!" I said. "What did he do?"
Now, we aren't unsympathetic when a ghost scares someone. In fact, we march in and discipline the ghost, which Aunt Belle will do if Sammi can't handle things herself. We just like scary stories, so that's why I was excited to hear about this.
"When I told her about Harold, Sammi nodded and said, 'That's who it is, then.' She had thought that tall ghost she saw at the foot of her bed was her husband, Joey's, dad. This tall guy, Harold, also loves to play with the cats. They played back with him, and they ran through the house."
Since Sammi is quite the animal lover, she always has dogs and cats around. Recently, she brought a litter of kitten inside, since she was worried something would happen to them. The kittens are old enough to run around now, so Harold has lots of playmates.
"Sammi was in her bedroom and one of her cats came in and dove under the bed," Aunt Belle said. "Then something kept bumping against her bedroom door, really hard, making a loud noise. It kept up so long, it really scared Sammi, because there was absolutely no one standing at that door to make that noise."
"Cool," I said with a laugh. "But not for Sammi, huh?"
"No, not for her. She said she tried to get the cat out from under the bed, and it wouldn't come at all. So even though she was scared, she got mad. She stood up and told Harold: 'Look, you can stay here if you behave yourself. But what you're doing is scaring me! So knock it off and don't do it again! Otherwise, you're out of here.'"
"Did it work?" I asked.
"Far as I know," Aunt Belle said. "Harold's behaved himself. I'm sure he knows we can banish him if he doesn't."
"What about Arthur?" I asked.
"I haven't seen him for a while. But that happens with him. He disappears for so long, I forget about him. Then he shows up again. He'll be back."
And he will. Even when we cross ghosts we encounter into the Light, they come back and visit us.
~~~~
As to the writing, here it is! Angela had done another fantastic cover for me. She knows what she wants and she won't finish the cover until she has it exactly right in her own mind. I'm a fumble-thinker (just made up that word, since I can do that as a writer) when it comes to designing something like that. I can write all day about it, but not envision things like she can. 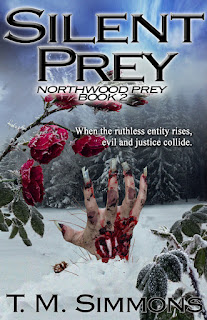 Silent Prey
But I call this my Book from Hell. The thing is, I started it a couple years ago, got about a third of the way through, then set it aside for a while. There was a new Dead Man Mystery, Dead Man Ohio, intruding on writing Silent Prey. So I wrote it and another set of diaries, plus my annual Halloween story. Then I got back to Silent Prey. I don't know how many of you are also writers, but we are a weird bunch. I had a horrible time returning to this book, but I love the story. However, the edits were a drain, with some inconsistencies and places the writing could have been lots stronger. So instead of glossing it over and publishing it, I kept it here in my hot little fingers.
Except for having a few people reading and critiquing it, and going over it several times myself. I want my books to be a fantastic read for y'all, and I won't publish them until I'm satisfied I've met that goal. And that's my excuse for missing several blog weeks, the edits on the Book from Hell. That's my story and I'm sticking to it!
Aunt Belle and I are sneaking away to an undisclosed site in November. Once or twice a year, I drag her off so we can do like we did in the "old days," just her and me and the ghosts. She and I both need a rest, and there's nothing more restful than visiting with ghosts.
So here are the links for Silent Prey, at least a few of them. However, it's up on all the Amazon sites and just about anywhere else that sells ebooks. Enjoy! 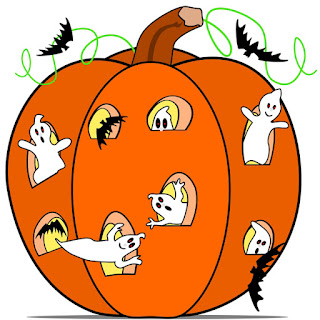