I'll really be lonesome for Aunt Belle by the time she gets back to visit next month. This time, she only made a quick trip in, so she and I could attend her granddaughter's baby shower. Yes, we'll have another one to spoil. I can't wait to do some more shopping for little Raylynn Grace when she arrives next month!
As usual, soon after she arrived, the feel of paranormal energy in the house intensified. However, when I asked her the next morning how she slept, she said wonderful! That's good for her, but sad for the blog, because I don't have anything ghostly to report in here. So I'll have to fall back on something that happened last Sunday.
My crew-mate, Floyd Brigdon, and I were signed in to an internet class from Dave Juliana, of The Ghosthunter Store. It was another demonology class, and while I enjoy those classes, something always happens here that's rather frightening. We hear growls and other strange noises from the computer, plus there is usually an intense feeling of threat. We don't get that type of experience when it's a class about something rather innocuous, such as the one on psychic protection.
This intensely threatening feeling happened again last Sunday, and I ended up using some protections here in the house. I put out some patchouli oil and lit some patchouli incense. I also burned some sage in my turtle shell. This worked well, and after Floyd left, the house felt safe.
The most surprising incident happened during the class, probably about halfway through. Floyd was taking notes and he'd been up and down during class breaks. I've had several teleporting incidents here in my office, some alone and some with Aunt Belle. This is the first time it has happened with someone else. I felt Floyd nudge me and I looked over to see a small packet on his left thigh.
"That just appeared there," Floyd said, his tone of voice a mixture of awe and fear.
"Salt," I said, since that's what it looked like: one of those small packets they give you at a fast food place. "I guess something's telling us to put out some salt."
I got up and started doing that, while Floyd sat there staring at the packet. He didn't appear to want to touch it, so he left it there while the class continued.
Later, he did pick up the packet and said to me, "It's not salt. It's pepper! What does pepper mean?"
I didn't know, but one of the first things I found when I hit Google with my query was: Pepper, Black: Use in protective charms. Banishes negativity, exorcism.
Hmmmmm.
~~~~
Next week will start the final edits on Dead Man Ohio. If you're following my progress, you'll see those books you enjoy don't get in a form for you to read just like that! <picture me clicking my fingers> It's sometimes a long, lonely process to get a book written. Well, not so lonely if you consider authors spend a lot of fun time with those characters in their heads. Since you've already seen the cover, I won't be spoiling the story if I tell you there are several appearances of Ohio Grassmen in this book.
What? You thought the Ohio Grassman was a myth like Bigfoot? Shoot, who doesn't believe in Bigfoot? <wink>
My new publisher is still keeping Tennessee Waltz by my other persona, Trana Mae Simmons, on sale for $.99 until Tuesday. I've really enjoyed watching the sales pile up this week and seeing the rankings on the various e-book sites climbing. It's a mixture of knowing there will be some money coming in to keep writing, along with knowing more readers are going to be enjoying my work. 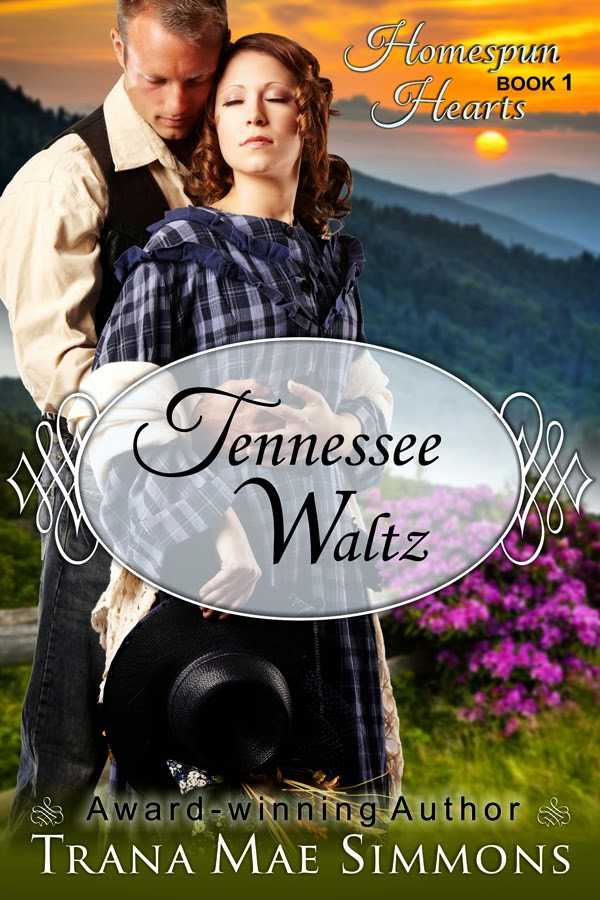 We had a wonderfully weird cold front hit Texas this week. I was able to turn off my air conditioning and open the windows. As I write this, I'm sitting here totally enjoying the coolness that has lasted now for four days. Fantastic!
Let's all of us take a moment of silence right now to send whatever type of prayer for comfort you want to the families of the passengers on the Malaysian airliner shot down this week. Such a terrible tragedy.
Soft Boo.
T. M.