A Recent Sad One


This happened late last year, a month or so prior to Christmas. However, I pass by this place nearly every day, so I'm reminded often. It's one of those stories about which it takes some thought before I put it down for others to read. I think it's time now to do that.
We had a really horrible incident here in town. A man hyped up on drugs went on a rampage, killing four people. The last person he shot and killed was a young man who is the subject of today's story. The drugged up man went into a small convenience store on our town's main street and shot the clerk there, a man who had a wife and very young son. Our entire town was both outraged and upset over these killings, but at least the drugged up man was captured and charged with the murders he committed.
However, whenever Angela or I would pass by that small convenience store, we could feel the young man still lingered on this side of the Veil. It was probably a result of his traumatic death, plus wanting to be with his wife and son again. We talked about this often, and with the rest of the SRT crew, decided we needed to try to figure out some way to unobtrusively go down where this happened and help the poor young man cross over. We finally decided we would just have to park as near as we could get to the store and hopefully make contact to show him how to cross into The Light.
However, before we could accomplish this, I was sitting at my computer one day, looking out my window, which faces east. East is the direction I always use to help souls cross over, and there have been several instances when I'm drawn out of whatever I'm doing and sense someone around me who needs to cross. It doesn't take much those times for me to open a door and feel them go, always gratefully acknowledging my help with a thank you before they enter the doorway to The Light.
This day, I felt someone terribly upset here, and I had no problem knowing it was this young man. He was not hesitant at all about saying to me, "I am ready to cross into The Light. Please help me do that."
At times, a soul is hesitant, but there was nothing like that in the feeling I got. Therefore, I didn't pause or question him. I looked out my window and gladly opened yet another door in the east, then mentally started to talk to the man, assuring him all he had to do was go up that golden path and through the door. He didn't need my urging at all. Instead, he thanked me profusely and raced up the pathway. As always, I left the door open for any other souls who wished to cross over, but I didn't immediately go back to what I'd been doing.
When he first showed up hadn't been the time to question anything about how he knew to come here, or why he thought I was the one who could help him. I didn't know this man. The only time I recall going into that little convenience store was years ago, most certainly not since this young man had started working there. Our local paper indicated his employment was much more recent than that. So I pondered, but felt it was something I would never have an answer to.
The next time I drove by the store, I felt the peace. The man definitely was not lingering there any longer. I continued to see if I could sense the turmoil of a troubled soul there each time I passed the store for the next week or so. Then one day I asked Angela, "Have you been by the convenience store where the man was killed recently?"
"Yes," she said. "But he's finally gone."
"I know," I told her. "He actually came to my house one day and I helped him cross over. I have no idea how he knew to come to me. I never met the poor guy."
She looked at me for a long moment, then nodded. "It worked then. I'm the one who told him to come see you. I was down by there one day and he made contact with me. Since I'm not comfortable trying to do a cross over myself, I explained to him how he could still go into The Light and be happy. That he could come back and see his wife and son. Then I told him where you lived and said he should try to find you. I guess he did."
"How awesome," I said. "Yes, he did find me."
Had I not mentioned this to Angela, I might never have known the entire story behind this young man coming to me for help. But it's one of those incidents that I'm very pleased to have been a part of in the paranormal side of my life.
~~~~
Dead Man Ohio is making its way back to me from my readers. I'm hoping to have it up for sale soon, probably soon after the middle of August. I just want to make sure it will be a really enjoyable read for everyone. Also, in relation to that, I'm finally gathering emails for a newsletter. If you want to be on my list, send me your email address at ghostie@swbell.net, or PM me on Facebook, whichever is more convenient. 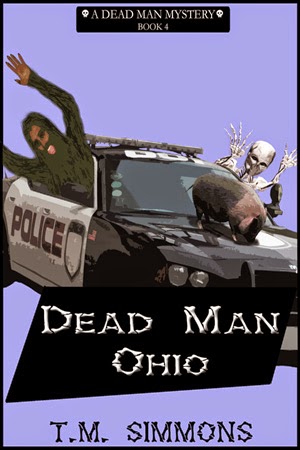 The actress reading Dead Man Talking for the audio version is getting close to the end of it, also. Shelley Johnson is so wonderful! I love the way she's bringing my characters to life so individually, giving them a voice to match how I felt they would sound. I'm anticipating the audio version should be ready before the end of August, also, and I'm hoping Shelley will do the other three books, also. 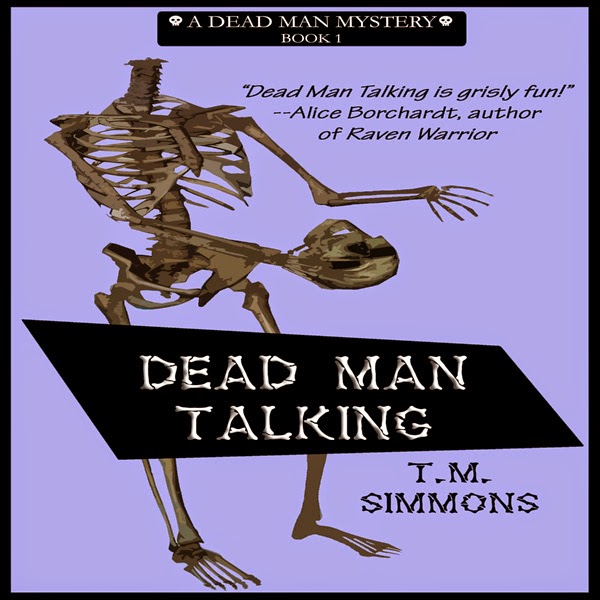 There may not be a blog next week, unless I have time to get one written early and can upload it late Sunday. The crew and I are heading out to that investigation over by St. Francisville, Louisiana. Timmy and I will be leaving on Thursday, with Floyd and Sarah to follow the next day. I think this will be a really cool investigation, as well as a trip when we can get in some fun and relaxation. So I'll catch you again as soon as I can!
Stay safe, and ….
Boo!
T. M.