One Man and Two Ladies


Sometimes we get so immersed in day-to-day responsibilities, we forget how much fun it is just to hang loose and explore. Last week, I had such fun with Cathie Smith and Jason Jobes, two friends who are also recent members of our SRT crew. I'm not going to say how much older we ladies are than Jason, but there's a gap. However, we share a love of the paranormal, and we had such a wonderful day. Jason never once hinted that he was bored with our company, and we all got to know each other better, in amongst having a ball. Fair warning, this is one of my longer blogs, even though there isn't room to relate every single incident we had fun doing that day. 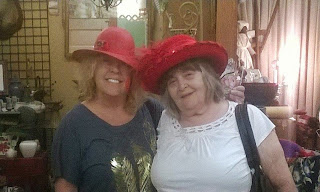 Cathie Smith and Me 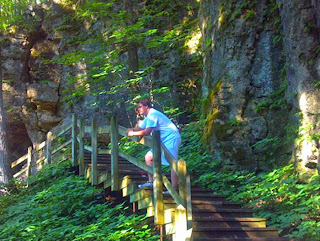 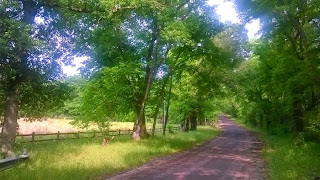 There most definitely was a ghost lingering here. I could sense her as soon as we go tout of the car.
"There's a woman here," I told my friends. "She lost two of her children in a wreck here. The didn't die in the wreck. Instead, they drowned in the high water when they were swept away."
"That's exactly what the rumors are about this place," Jason said excitedly. "Do you get anything else?"
"Her husband was killed, too, but he crossed into the light," I said, "as did the kids. The mother's still here, and we need to talk her into crossing over, so she will be with her children. She's wandering around here looking for them."
We did just that. At first, the woman was hesitant, but when I got her to look upward where there was a golden doorway and golden stairs leading to it, she started running up the stairs. As usual, though, even though she was in such a hurry to reach the people waiting for her at the top of the stairwell, she called back to me, Thank you!
And as usual, I got a huge happy smile on my face and had to wipe a way a tear. A wonderful ending to a wonderful day.
~~~~
I'm really winging along on Silent Prey. I'm enjoying the way the story is turning out. I have company coming for a week starting next week, but I'm going to sneak in as much writing as I can before that, and of course, hit the grind again the following week. Those of you who have read Winter Prey will remember Keoman, my handsome Native American guy. This is his story, but he's got a lot to overcome before this is over. Channing is a doctor who has fled to the Northwood to try to escape her sad memories in Texas, so we'll see how it goes between the two of them. The female monster, Nenegean, is similar to the Spanish La Llorona, the weeping woman. She has a gloomy tale, also, but there's no excuse for what she does. As Nodinens tells us, we should never try to put human emotions into a creature who has long lost any hint of human-ness.
I finally got a Kobo link for Living With Dead Folks, Volume Three. The sales are going well, so thank y'all for that! 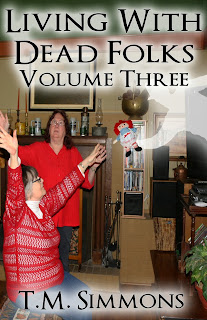