What a great weekend. I went to a writer's conference and ended up going on a ghost hunt, connecting with a good friend, and reconnecting with another good friend I'd lost touch with. Also got to spend some time with some handsome men. And yep, we found a few ghosts, too.
LaRee Bryant and I went to the conference together, and while LaRee's not a total believer, she doesn't disparage what I do, either. She's just a great friend and we had lots of time to gossip … uh … chat about various things. She's started a new cozy mystery series, so check her out on Amazon. Here we are at our table: 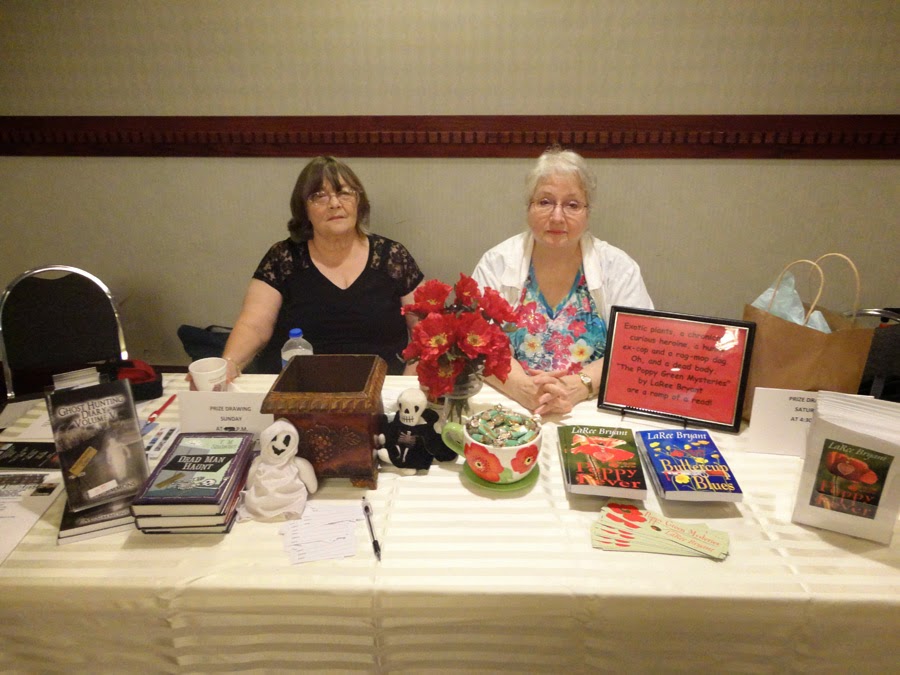 Then the first night, George Jones of Jericho Tours of Tyler surprised some of us with a ghost hunt to the old railroad warehouse area of Tyler, Texas. George is another one of those all around nice guys. He will be helping plan our Spirit Fest at the Beckham Hotel in October, and will be at SRT's table there. We're fairly new friends, so George was a little surprised when I did a crossover in the middle of one of the old warehouse buildings. The souls rushed past us in such numbers that a strong wind blew during their passage. There was no doubt it was souls crossing to the east, since we were in the middle of an enclosed building with nowhere near us that a wind could penetrate.
Awed, George asked me if I could do that again.
"Sure, I can," I said. So he led me off into the middle of another building and again, I crossed over a horde of souls, who proved their passage by the wind they left behind.
"I probably shouldn't do this again tonight," I teased George. "Or you won't have a haunted place to bring your tours to."
Here are some of the buildings we were in, as well as George's tour van. And no, those aren't spirit orbs. They're dust. 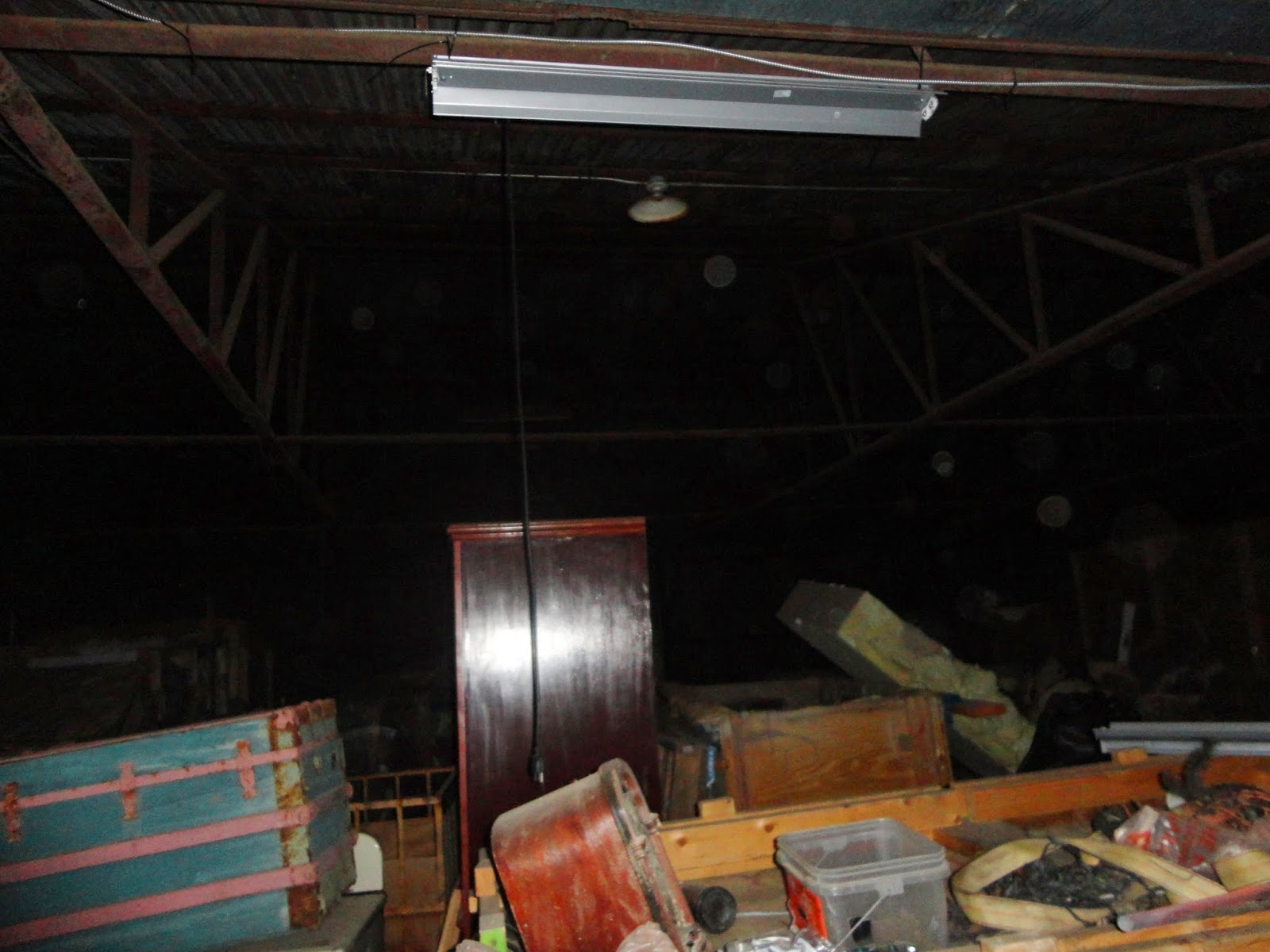 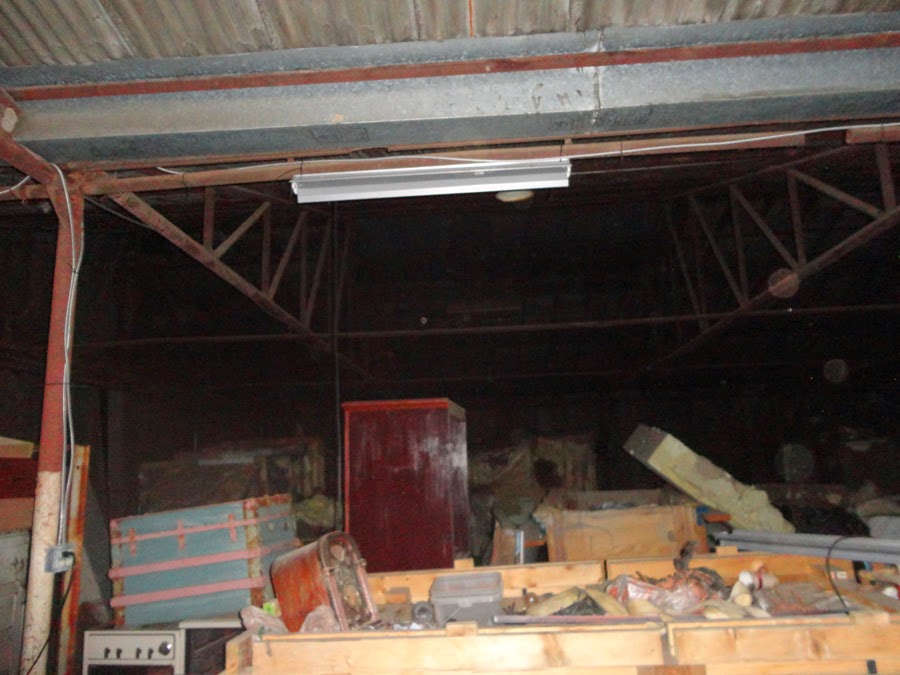 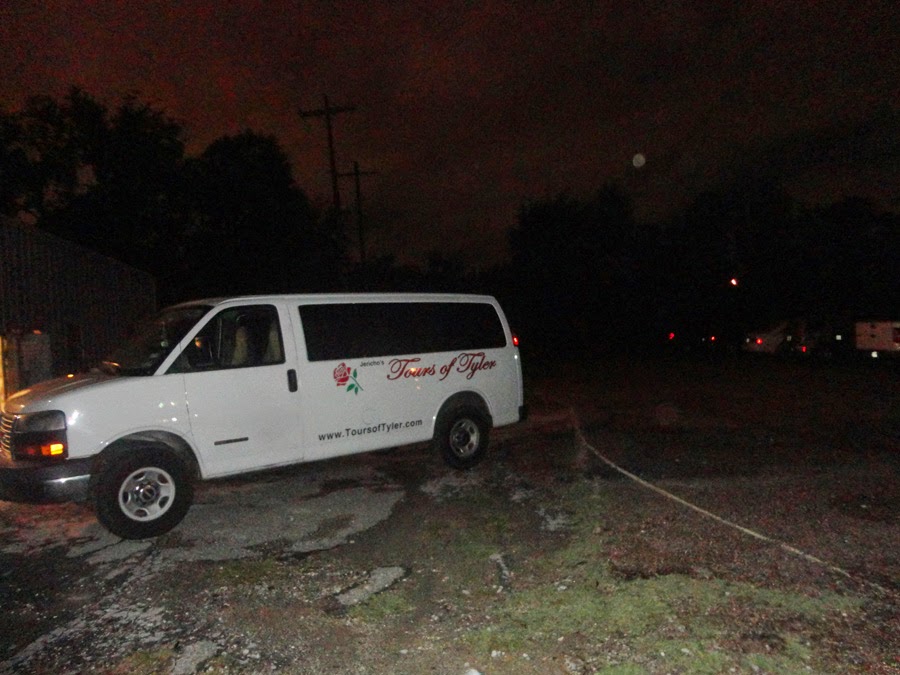 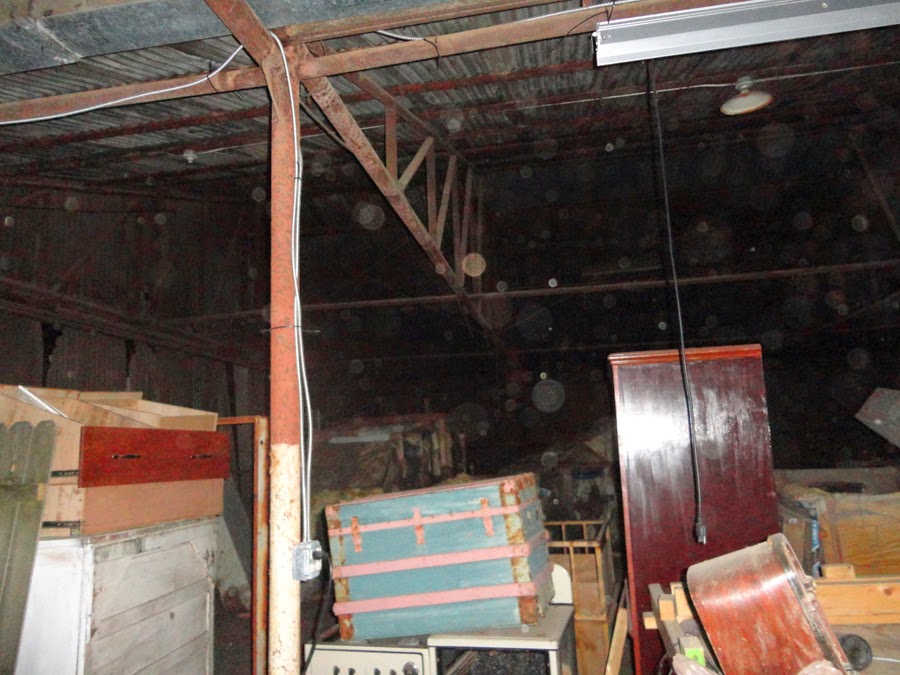 By then I was getting pretty tired, so I got a lift back to the hotel. But the paranormal wasn't done with me. The alarm on my phone, which I'd carried on the hunt, started going off at 2:30 a.m., instead of 6:00 a.m., which I had it set for. When I crawled out of bed to look, the time had lost six hours! I could not reset it no matter what I did. I also had to turn it completely off, to silence it. Next morning, when I turned the phone on, it did some gobbledygook and reset itself perfectly back to what the time was supposed to be. Darn spooks! Luckily, LaRee woke up in time for us to get down to the conference.
I also was fortunate enough to share part of that ghost hunt with Jason McLeod, the author of the book I told y'all about, Dark Siege. He's a cool guy, as well as a good author. Here I am with him at the conference. 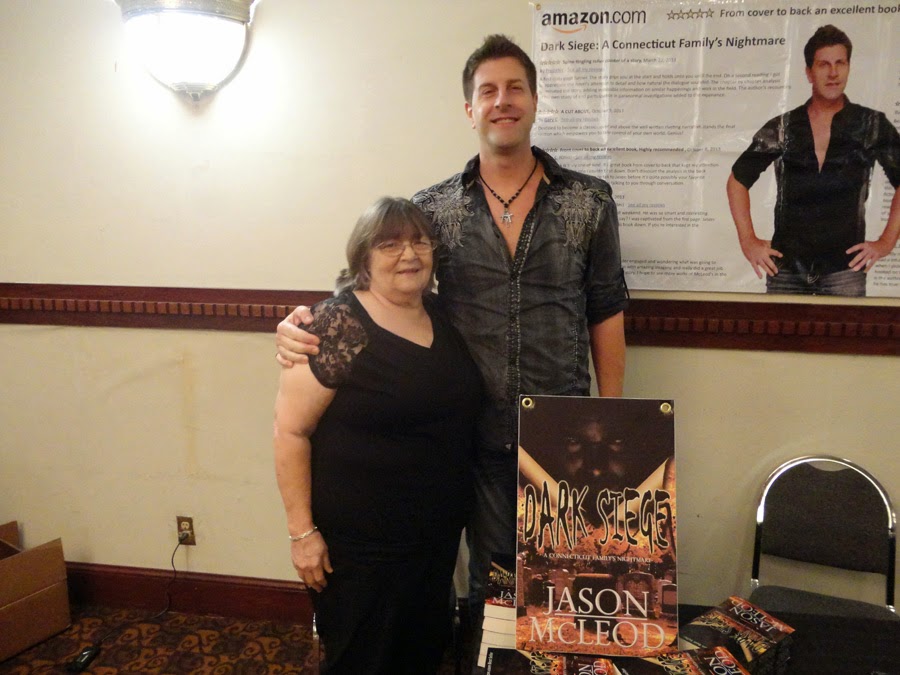 I bummed an introduction to Mitch Whitington, too. Mitch is the owner of a wonderful haunted B&B in Jefferson, Texas. I invited him to our Spirit Fest at the Beckham, and he's coming! Way cool. He's a great speaker, as well as an excellent writer and nice guy. 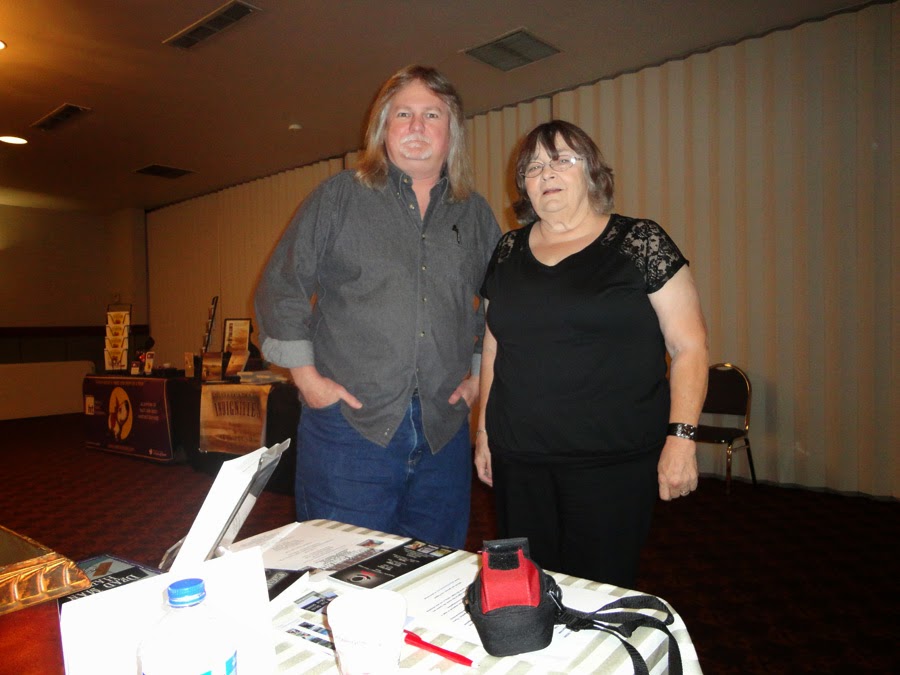 I've got some more ghost tales built up to tell y'all about, but I'm still catching up on sleep. I "did" Friday on three hours sleep, and didn't quite catch up Saturday night. Spent most of Sunday (today) still at the conference, so I'll write more for you next week.
In the meantime, stay safe and….
Boo!
T. M.