Did the title get your attention? It means something different than you might think. I'm talking about the first time you realized there actually was another dimension out there, one where ghosts and spirits roam. Perhaps the first time you ever experienced a ghost. 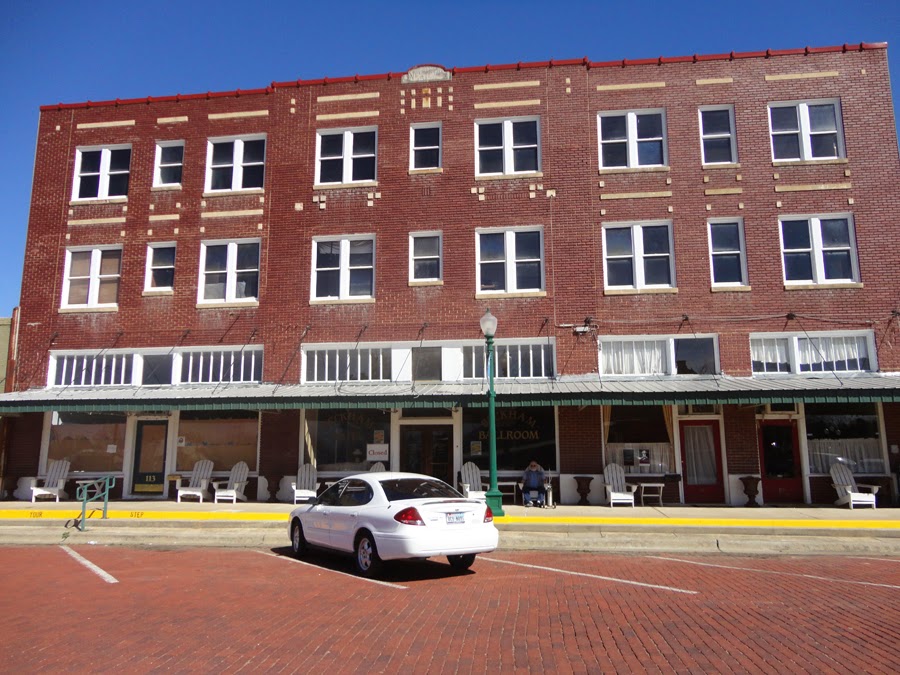 I had an awesome experience a couple weeks ago that reminded me of this. SRT hosted an overnight event at the fantastic Beckham Hotel, which we called Friends and Family Night. It was geared toward people who had never been on a paranormal investigation before, and we hoped to show them actual interactions with ghosts.
Our expectations — and we believe, theirs — were totally fulfilled.
All SRT team members have varying degrees of the Sixth Sense. Some of us have stronger auditory abilities, some stronger clairvoyance abilities, and we all have at least a touch of the other sensitivities associated with being able to communicate with the paranormal realm. We've all also developed those abilities over the years and respect what we are able to do. Our ideal investigation is to have only our team members present and just use our senses to chat with the other dimension. These days, we seldom get to do that, but times when we are able to get away by ourselves and remember what we are all about are special to us.
However, when we bring along other people who are unfamiliar with the paranormal, we've found the best way to prove to them that we are indeed able to talk to ghosts and communicate with the paranormal realm is with some of the equipment people are used to seeing on TV. Not that our investigations are anything like those fake on-air ones, but that's a different blog post.
As far as our equipment goes, we don't have a lot of expensive stuff. We've found simple things work just as well. We actually enjoy flashlight communication the most and have never totally been in to using a lot of equipment besides our cameras. Saturday night, we did set up cameras, although I'll admit that none of us enjoy what is called "evidence review." We view that as a necessary evil. But it is truly nice to have some of our work recorded for posterity.
We also use KII meters, and I have what is deemed a trigger object. Trigger objects are something we hope will interest the ghosts we encounter and attract them to chat with us. Mine is a Raggedy Ann doll that Aunt Belle named Anna Lee. She actually has a form of a KII meter embedded in her, and when a ghost draws near, the paranormal energy lights up her forehead and hands. We have a few other pieces of equipment, such as an infrared thermometer, a rempod, and laser grid. At times we even use simple toys, such as balls. On Friends and Family night, we also laid out a deck of cards to see if we could attract Doyle Todd, the gambler who roams the Beckham Hotel. However, the interactions we had were what we normally expect: the flashlights, KII's and Anna Lee. To us it was expected, anyway. To our other guests, it appeared to be awesome and startling, even intense. 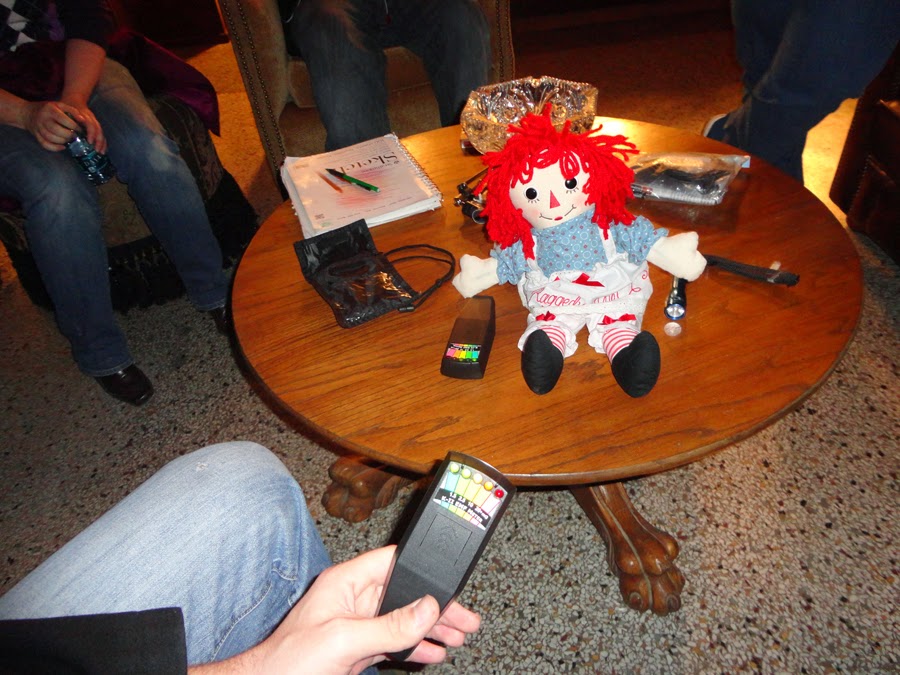 I will never forget my first trip to the Myrtles Plantation with Aunt Belle, when I was awed by the experiences I had that proved to me that ghosts did indeed roam the grounds and manor house. I saw that awe on the faces of those with us that night, as well as heard it in their voices. Their reactions ranged from excitement to becoming extremely quiet as they pondered what they were experiencing.
We had several young people with us, and it was quite nice to watch them learning to tune in to the other world in a respectful manner. Two of these young people were my grandsons, and a third was their cousin. I kept smiling to myself as I watched their reactions, which I found was: "Memaw really does talk to ghosts." 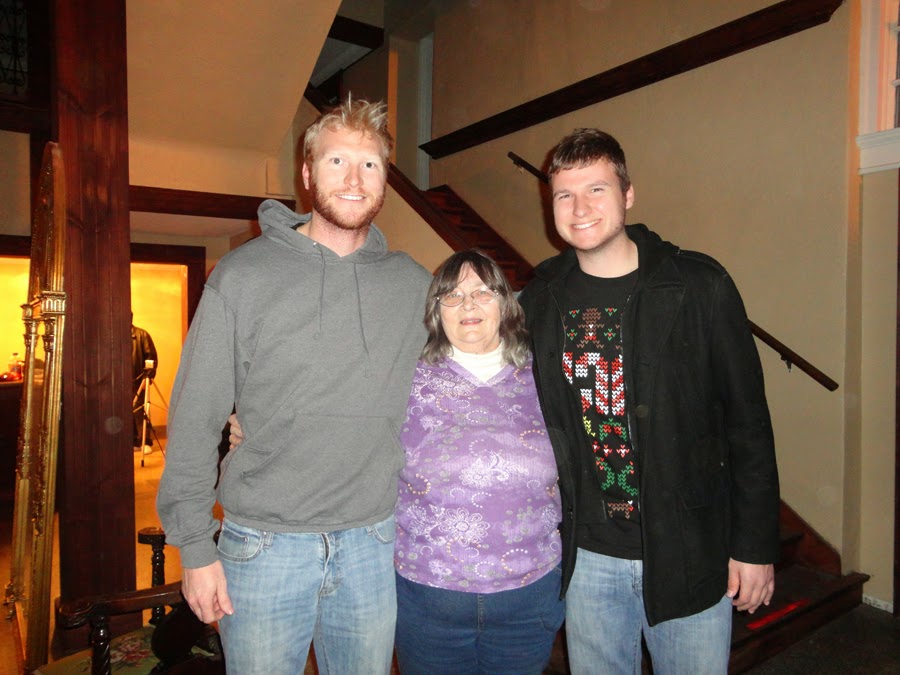 One of the strongest encounters involved my grandson, Adam. On SRT's first official investigation at the Beckham, I "met" a ghost named Albert in the Ballroom. Albert begged me to dance with him, but I never did. On this recent overnight, Albert proved he was tagging along with us all over the hotel by responding through our flashlights when we used his name and asked if here was still with us. He appeared to take a special liking to Adam, and also proved this over and over again by responding to questions via the KII whenever Adam held it. When the meter was lying on the floor or elsewhere, it remained inactive a lot of the time. As soon as Adam picked it up, it interacted, leaving no doubt we were communicating with Albert.
There is quite a bit of interest today in the paranormal, as well as research being done, both by professional paranormal groups and scientists. One of these days we will be over there watching people here in this dimension trying to figure out the paranormal. I'm glad to be a part of teaching others to do some of that research and communication in a respectful manner, as we do in SRT. I never want people who delve into that other dimension to forget the ghosts we encounter were once really people, just like us. We should treat them the way we wish to be treated ourselves, both as we live our lives and after we cross into that dimension and communicate back with this one.
~~~~
A reader asked me about Silent Prey, and yes, I have gotten a little more done on it. I'm also trying to finish up on a couple diaries that have been languishing from past investigations. It's a little here, a little there, but moving forward.
We are definitely not replacing our beloved Doberman, Bonnie.What happens is that our hearts expand to have room for more love whenever we get a new furr-baby, and my son had already adopted a puppy before Bonnie crossed to the Rainbow Bridge. He believes in waiting until he's had a new puppy before he gives it the name it will carry with it for life, and at first, he thought he might call this one Tippy. It does have tiny white tips on its paws. But after two day, he realized that didn't fit this new little guy. So he is now Tuffy, and will remain that. Tuffy is definitely a tough little guy, and I for one will be glad when he grows out of those puppy teeth. Until then, I'll just keep replacing my ankles and pant legs in his mouth with the chew toys we have for him. 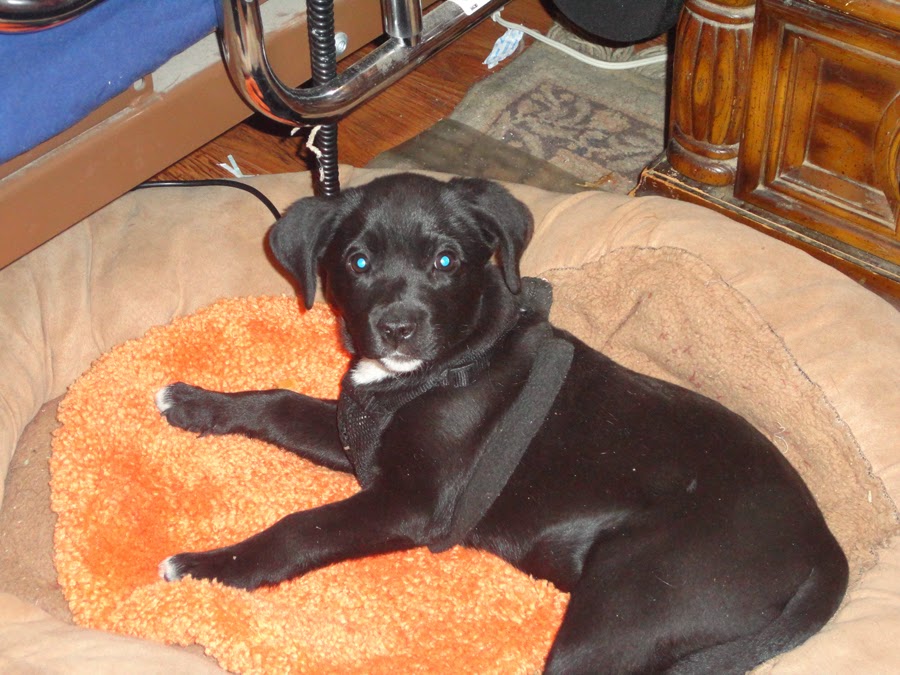 One thing I really enjoyed doing a couple weeks ago was a "first" for me. I made a good friend last year, George Jones, who runs Jericho Tours, as well as various other endeavors, in Tyler, Texas. One of his latest ventures is a radio show titled Paranoria, Texas. It is a great comedy, which lifts your spirits and makes you feel good each week. Nina Tatum (another friend I made last year) and I had the neat experience of winning the opportunity to be characters on Paranoria. We're sisters, Ann and Nancy Wilson, members of a singing group called the Heartbeats. No, you don't have to listen to me sing, thank goodness for your ears. We mostly chase after a handsome younger man, which was fun. You can see our avatars on the Paranoria Facebook page at https://www.facebook.com/pages/Paranoria-TX/712678438840253.
Nina/Nancy and I had a cool time in the recording studio and visiting over lunch afterwards.
Paranoria is on internet radio on Monday nights at 7 p.m. Central time. You can listen to the hilarity at http://tylernetradio.com/shows/paranoriatx. There was a problem airing the show when it was supposed to be on, but now you can listen to the archive, Episode 10. I hope you enjoy it as much as I did the recording.
I'll try to keep on the two-week schedule for my blog the rest of the year, as long as it doesn't stress me out! This coming weekend, we are going back to St. Francisville with part of my crew and some friends and their daughter. We'll be doing an investigation at an old home in the town of St. Francisville, and also enjoy a bit of the Mardi Gras festivities while we stay at my friend Dianna's house again. We always have a great time with her! Y'all stay safe, as we will do, and ….
Boo!
T. M.