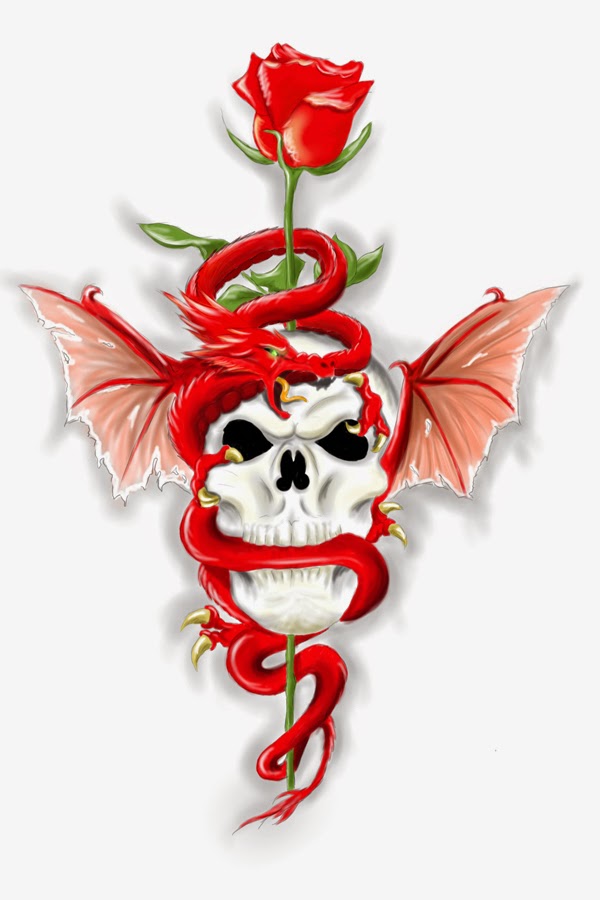 It's been a slower than normal week here at the Simmons house. We've also had an arctic front move in, and believe it or not, we're expecting some snow this afternoon in Texas! As I sat down to write my blog, I ran the past week through my mind and realized I hadn't "seen" any of my ghosts for a while. Oh, I've felt one a time or two, but even that's been way less frequent this week.
So, do ghosts go back to their own dimension to escape the cold? I have no idea, but they sure haven't done much around here this cold week. In fact, both times I thought I spied one in our bedroom turned out to be false alarms. I walked in once and thought there was someone on the far side of the room. On examination, it was our stand-up fan with a towel tossed over it. The second time, it was something similar, a shirt hanging over a room divider.
The only other time I've actually noticed a definite correlation between a lack of paranormal activity and the weather was at our favorite cemetery. I've quit naming it, because of vandals in the area. Anyway, there were only two times we drove out there and did not receive even a blip on the KII's. Both times, an electrical storm was in the area. It wasn't close enough to send us on our way due to fear of lightning. However, we could see the beautiful lightning streaks and hear the thunder. Maybe the ghosts and spirits could, also, because they never even peeked their noses out of the portal in the cemetery.
It's not supposed to warm up until Thursday, so I'll have to try to remember to be aware on that day. See if my paranormal boarders have checked back in.
~~~~
If you find any typos I've missed, blame this little guy: 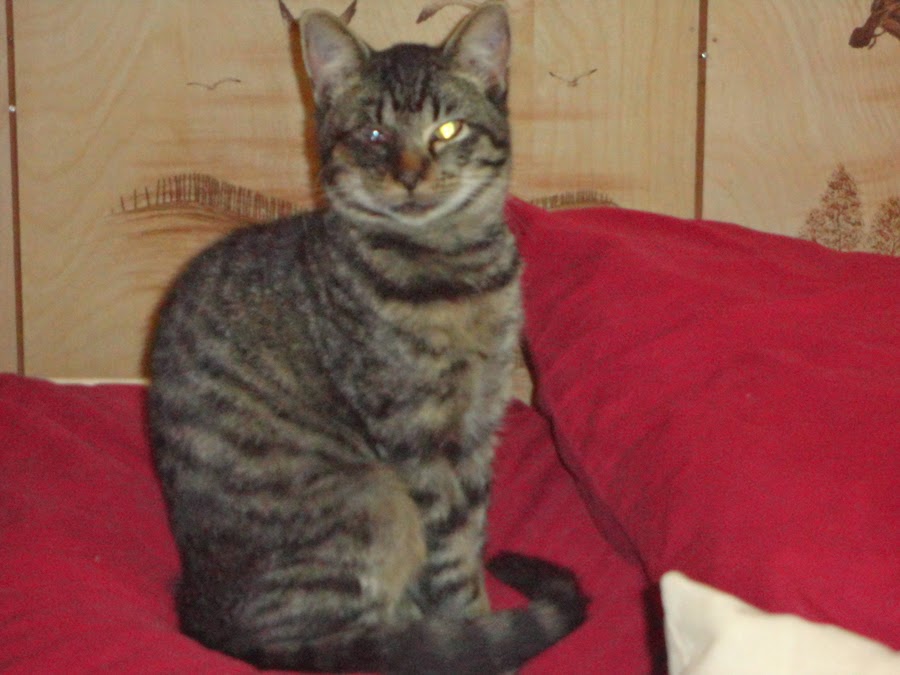 I haven't come up with a name for him yet (other than Trouble), because I don't like all the ones that pertain to his poor little one-eyed status. I don't know what's wrong with the eye; it was like that when he came onto my front porch a month or so ago. I've been treating it, but I don't believe it's going to heal so he can see out of it. So far, I've also called him "get down" or "no." He's been living here in my office since the cold set in, and of course, he loves crawling across the keyboard when I'm trying to type. He also sits beside the monitor and tries to capture the cursor.
What to do, what to do? It hurts my heart to have to train a new kitten, but I finally resorted to that darned squirt bottle filled with water. He's really smart, so I barely have to get him wet to make him quit whatever he's doing. I hardly even squeeze the squirt trigger. The worst is when he tries to climb up my leg. Ouch! No, take that back. The worst is when I allow him on my lap if I'm not doing much but reading versus trying to type. Maybe my tummy does take up part of my lap, but it shouldn't be enough to push the little guy off. When he starts falling, he digs those claws in hard. Double ouch!
Hub said the other day, "You're just taking that kitten in to tame it, then find it another home, aren't you?" I just smiled and said, "I doubt anyone would want him with just one eye." Y'all know where his forever home is already, don't you? I've already caught son and hub petting the little guy.
If you have any name suggestions, feel free to pass them on to me on Facebook or in the comments here. If I choose one, maybe you'll get a surprise.
I hope to have some more ghost tales next week. In the meantime, I'm still doing the same as last week: working on Diary VI and getting the books available in paperback. Talk again soon, and stay safe out there (and warm).
Boo!
T. M.